On 30 July 2018, the federal government adopted a new Act (published on 10 August 2018 in the Belgian Official Gazette) which adapts some of the measures established by the Law of 25 December 2017 reforming Belgian corporate income tax.

This legislation, called “Repair Act”, brings new precisions and modifications regarding the application of legal articles that were at the basis of the Corporate Tax reform. The Repair Act ensures the effective implementation of the Atad Directive and its entry into force.

The Act of 25 decembre 2017 introduced a new method to calculate the basis of notional interest deduction (article 6). This method initially provided that the incremental equity would be equal to one fifth of the positive difference between:

The Repair Act planned the entry into force of this measure for tax year 2019 (in relation with financial years starting on or after 1 January 2018).

To fight against tax avoidance situations, the new Act excludes certain elements from the equity base, when determining the basis of the notional interest deduction.

According to the new legislation, the following elements are excluded from the notional interest deduction computation :

In these two cases, taxpayers can avoid the application of these exclusions if they proove that the operation answers to legitimate financial or economical needs.

The last situation so-called by the new agreement taken by the government permits to tax authorities to fight with “double-dip” situations. These situations concern the case where a subsidiary received contributions of its mother company, which took out a loan and deducts the interest. There is a double deduction : tax-deductible interest expenses for the mother company and the subsidiary benefits from the notional interest deduction.

The Act of 30 july 2018 precised in article 17 that the new regime will be applicable to operations realized as from 1 January 2018 and will entry into force the day the law will be published in the Belgian Official Gazette.

The Law of 25 December 2017 introduced a separate taxation of 5% for companies (large companies and SME’s) which do not grant a minimum of 45.000 EUR as remuneration (or a remuneration equal to company’s taxable basis) to at least one of its directors.

This measure is applicable as from 1 January 2018 (tax year 2019). However, it was intially foreseen that the special tax would be increased from 5 % to 10% as of tax year 2021 (taxable period starting the earliest on

Regarding related companies, the minimum remuneration is set at 75.000 EUR. The total remuneration attributed to one of the directors (at least half of the company’s directors are the same persons), can be considered cumulatively in this respect.

Unlike the Law of 25 Decembre 2017 which let subsist a doubt, the Repair Act explicitly confirms that companies without natural person as director are automatically subject to the application of the separate taxation of 5%. Since such there are no possibilities to grant a remuneration to a natural person in the capacity of director. Therefore, companies can’t benefit from the reduced rate of corporate tax.

The entry into force of modification relating to this separate taxation is set at 10 days after the date of the publication in the Belgian Official Gazette, more in particular 20 August 2018.

The exceeding borrowing costs of interests related to contracts concluded before 17th June 2016 are out of scope from the interest limitation rule of 30 %. However, they remain subject to the “Thin-Cap” rule (Thin capitalization rule) established by article 198, 11°/1 BITC92.

The Law of 30 July 2018 adds some clarification to the scope of the new interest deduction limitation rule.

Besides the situations to which the rule does not apply according to the Law of 25 December 2017, the Repair Act adds two new cases :

As clarified by the interpretative circular letter, capital decreases made by legal decision of the General Assembly as from 1 January 2018, are subject to a prorata calculation. If a company has (positive) taxed reserves, the reimbursement must be be imputed on  paid-up capital (as defined by article 184 BITC92) but also on taxed reserves (included or not in the capital) and on taxed free reserves included in the capital.

Please note that the circular letter provides precisions regarding the effective application of capital decreases when the company has booked a liquidation reserve, prior to the decision of the General Assembly. While the Law merely says that the capital decrease must be done without prejudice to article 537, the circular 2018/C/103 gives more explanation. The circular letter details that a reimbursement of capital must first be allocated on liquidation reserves, previously constituted. It also reminds that no withholding tax will be due, after the intangibility period (4 years or 8 years) has elapsed.

The circular letter also gives examples of practical cases of capital decreases, as well as the consequences of the capital decreases on the amount of paid-up capital and sums assimilated to it. 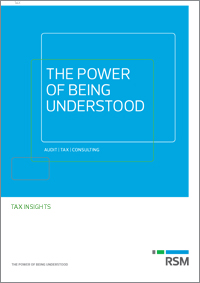